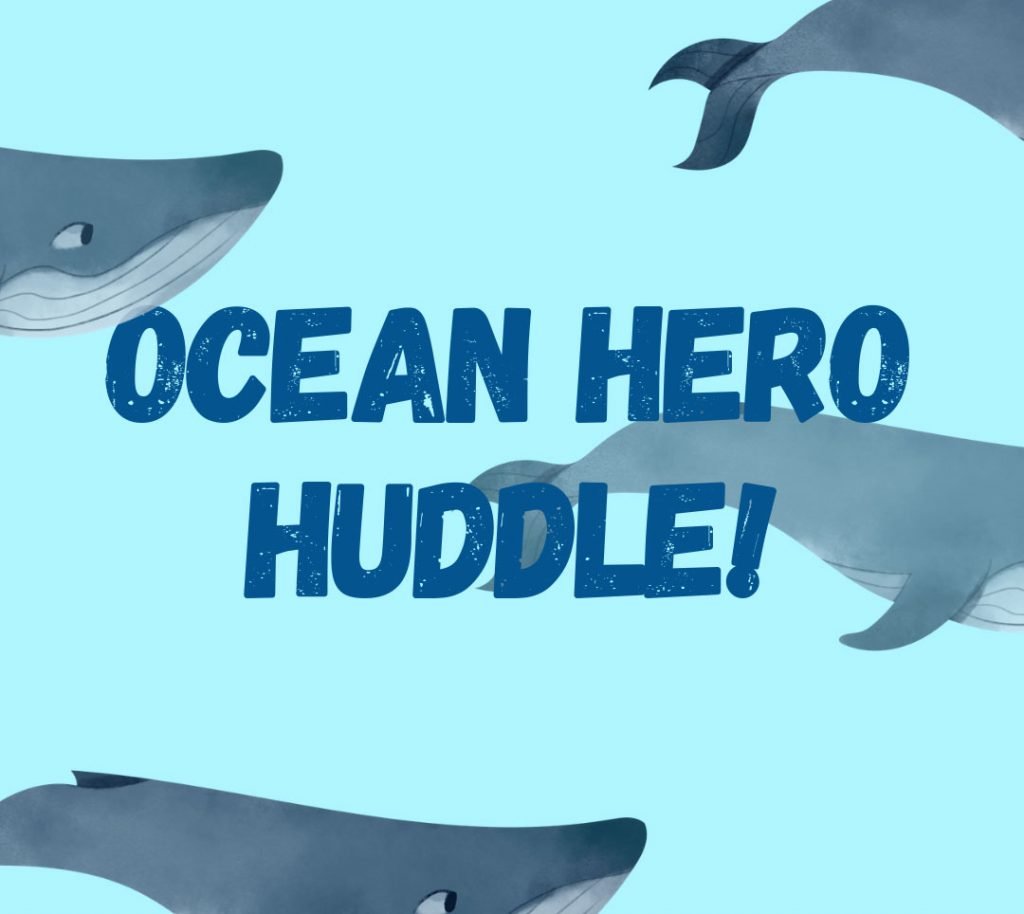 Every day is Oceans Day for us at Oceanswell, but this year we made it even more special by kick-starting off our very first Ocean Hero Huddle! The Ocean Hero Huddle is modelled after our very successful Marine Conservation Conversations – a science journal club for the general public that draws people from varied backgrounds and from across the world. The Ocean Hero Huddle, on the other hand, is an event exclusively crafted for our younger ocean heroes. Instead of a scientific paper, we base our discussions on a  TEDEd video, a fun and educational tool that’s freely accessible to all.

In June the team decided to centre our discussion around a mighty little ocean friend, the sea cucumber! Sea cucumbers are bookended with a mouth and an anus and are nicknamed the little vacuum cleaners of the ocean. They munch on sand and detritus and oxygenate the sand on the ocean floor. If that is not cool enough, sea cucumbers have a very special defence mechanism called evisceration (where they basically shoot out their very toxic guts) to protect them from predators. Their guts can be shot out at any aggressive species that may try to eat them.

During our discussion, our ocean heroes talked about the legend of how every sand grain on the beach has passed through a sea cucumber, and a specialised predator, the giant tun snail that hunts our little friends. The group was very excited about the variety of sea cucumbers and all of their special skills like their self-healing capabilities!

To celebrate our very first Ocean Hero Huddle and World Oceans Day, at the end of the discussion, we asked our little heroes to do a creative piece on the topic “ If you were a sea cucumber, what would your day look like?”. We asked them to use whatever medium of expression they liked because we really wanted to see what they would produce.

All the submissions were wonderful and after much discussion, the winners were chosen. Our two brilliant ocean heroes, Abdullah (winner of the over 8-year category) and Navika (winner of the 8 and under category) sent in such creative pieces that we had to share their work!

Abdullah’s stop motion animation video took us through the everyday life of a sea cucumber, how they graze on the sand to make purified sand and how they use evisceration to keep away a shark that tries to feed on our little sponge friend. We are most excited because Abdullah learnt his stop motion animation skills by attending our Ocean Hero animation workshop in January and we love how he has used this skill to share important messaging around our oceans ever since!

Navika did a creative writing piece which included his characters “Slippy” and “Sloppy” along with tons of drawings that took us through how sea cucumbers reproduce asexually, by splitting in half!

Apart from our two fabulous winners, we also had a few runners up in the 8 and under category! They are Anya, who amazed us with her tiny comic on the sea cucumber, Alosha who blew us away with her story of a little sea cucumber and Aarav whose picture of a sea cucumber scaring away a shark was absolutely wonderful.

The fantastic huddle and all the fabulous work from our ocean heroes made this an event to remember and encouraged us to organize an Ocean Hero Huddle every month so that we can  continue to empower our next generation of ocean heroes. 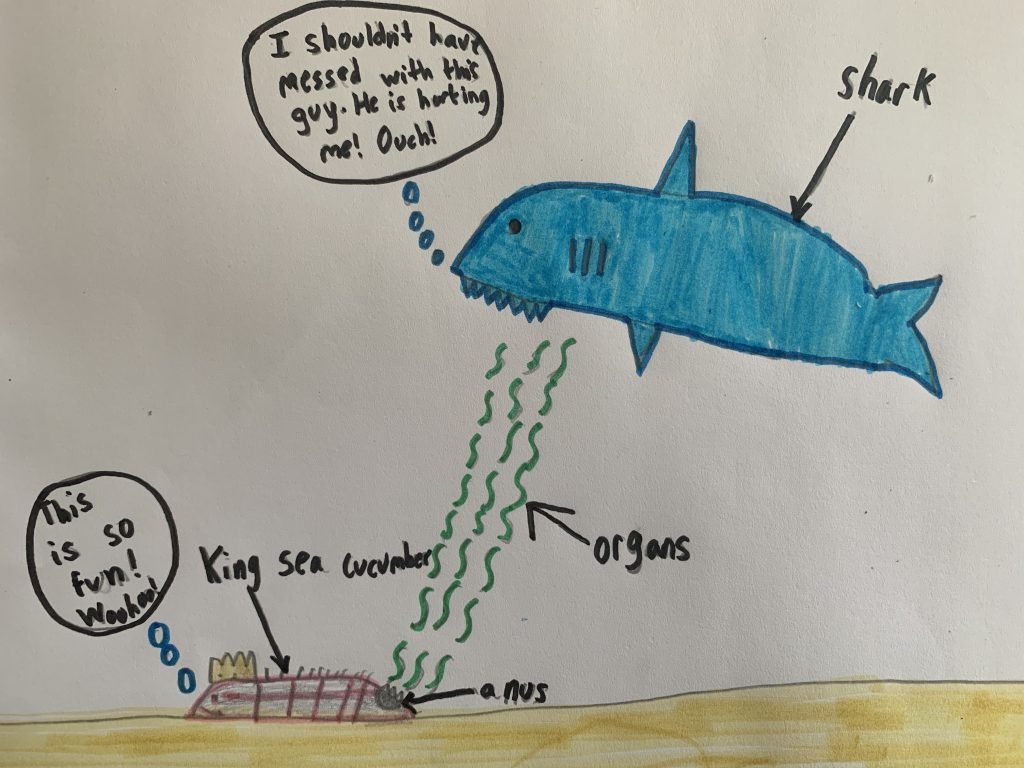 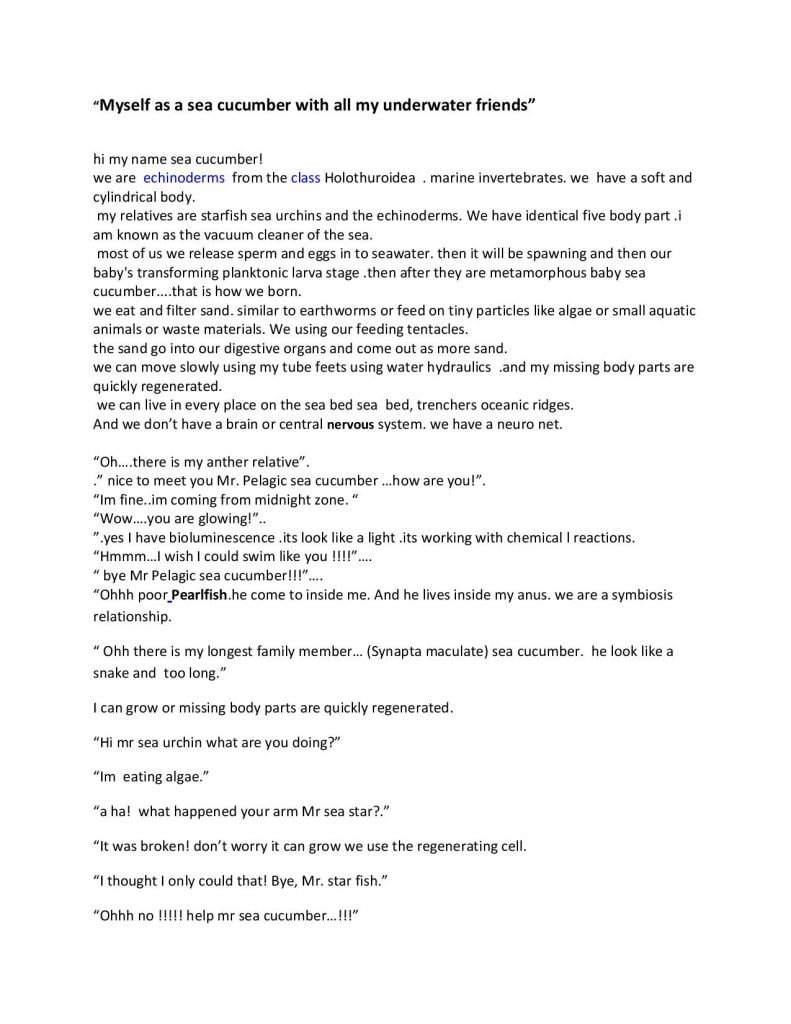 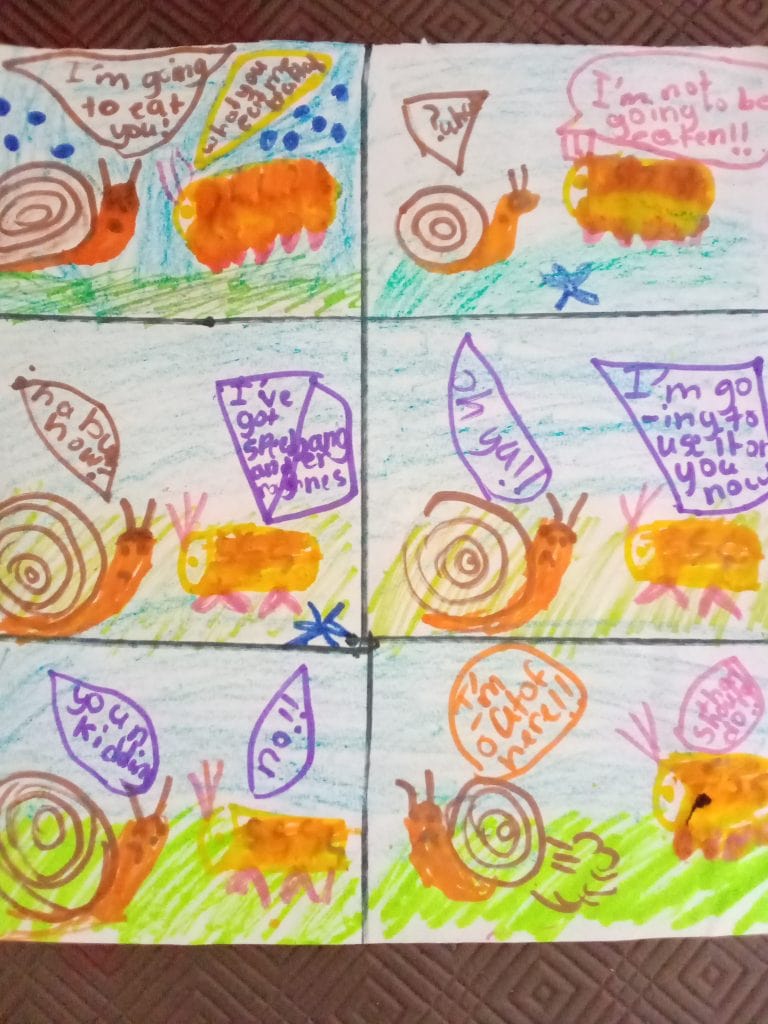